Get Help in planning your Trips
Submit 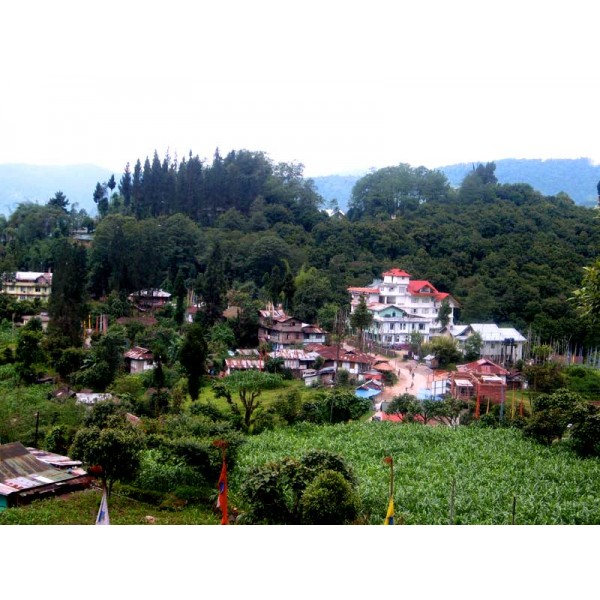 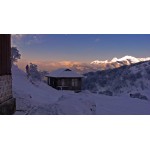 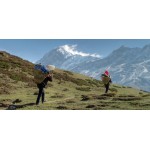 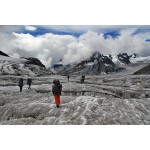 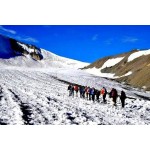 Board an early morning flight to Bagdogra airport. After arriving in Gangtok, meet our guide who will help transfer you to a hotel. Dinner and overnight stay at the Gangtok Hotel.

Today we will drive to Yuksom, which will be the base of our trek. Dinner and overnight stay at guesthouse/hotel/tents.

Kick start your day with a healthy breakfast and head towards Tshoka. The trek will begin at a local market; then the trekkers will have to cross four bridges and climb steeply towards the northeast to reach Bakkhim. The trail will continue for another three kilometers and pass through the magnolia and rhododendron forest till Tsokha. Dinner and overnight stay in Tshoka.

Post breakfast; continue trekking towards the east side, along the bank of the river. After that, you will cross a valley and bridge over the Prek Chu River that will lead to Thangsing (3800 m), which is nestled on the slopes of Mount Pandim. Dinner and overnight stay in Thangsing camp.

Today, move towards the north and follow the streams and alpine meadows for an hour till you reach Onglathang, which is known for offering the spectacular view of the Kanchenjunga peak. After enjoying the view, you will head towards Samiti Lake by crossing glacial meadows. Dinner and overnight stay Samiti Lake camp.

Post breakfast in the Samiti Lake camp, you will start trekking towards the east side to reach Goecha La. The trail will take you to the glacial moraine and end at the lake nestled in Zemathang. After that, start climbing rocks and boulders to the top of the pass. Spend some time in Goecha La (4940 m) and then return to Samiti Lake. Dinner and overnight stay in Samiti Lake tents.

Wake up in the morning, enjoy scrumptious breakfast and then trek downhill to Thangsing. From Thangsing, we will head to Kokchorung (3800 m), and then continue strolling towards Tsokha. Dinner and overnight stay in Tsokha tent.

Trek downhill till Yuksom/. Upon arrival in Yuksom, you will be transferred to a hotel for an overnight stay.

Wake up in the morning, pack bags and get ready for the Bagdogra airport to board a flight to your respective cities. With the transfer to airport, this incredible Dzongri Goecha La Trek will come to an end.

Until early April, the trail beyond the first view point at Goecha La remains under snow. However by June, this part of the trail becomes fully accessible. There is a slightest chance that you might find light snow in the high altitude areas even in September/October.

Trekkers should avoid going for trekking during the monsoon as the trails get slippery and roads remain blocked due to torrential rains. In the winter season, the trekking is often impossible as it snows heavenly and trails become inaccessible and weather quite foul.

Don't go for trekking during the winter season as the trails and even the motorable roads remain blocked due to heavy snowfall. Temperature might be as low as -20°C and mountaineering can turn out to be a very dangerous activity.

Since trekking requires covering large distances, usually by walking up and down hills and mountains, it is necessary that the trekkers should be physically fit. Altitude acclimatization is thoroughly necessary as the air gets lighter and with lower oxygen beyond Dzongri.

Where is the Yuksom to Dzongri & Goecha La Trek ?

Goecha La is a high altitude mountain pass which offers the beautiful view of the southeast face of mountain Kanchenjunga. The Goecha La pass is the base camp of many neighboring mountains as well. Trek to Goecha La is flagged off from Yuksom and passes through virgin lands coupled with the towering mountain peaks. The trek is often dubbed as 'Walking in Paradise.

How to Reach Yuksom to Dzongri & Goecha La Trek ?

The nearest airport is the Bagdogra airport, which is around 12 km west of Siliguri and about 170 km from Yuksom.

Tourist can reach Yuksom within 5 hours from Geyzing (44.9 km) using shared or private jeeps. Gangtok (145.9 km), Geyzing (41.2 km), Tashiding (23.3 km) and Pelling (35.9 km) are the other nearest places where you can arrive via buses or jeeps available at Yuksom. It might be difficult to find shared jeeps after 1 PM.

To capture the panorama of the Kanchenjunga range from a stone's throw distance, the Dzongri and Goecha La trek from Yuksom is the perfect pick. The journey allows you to travel across the gorgeous alpine forest that melds with the vast biosphere of Sikkim. All throughout the trail you can get acquainted with varied species of wildflowers and avifauna and animals spread across different altitudes. The trail follows through the vast forest of rhododendrons with downhill and uphill treks through narrow ridges, and rough tracks. The Dzongri and Goecha La trek is no doubt one of the best treks in the Indian Himalayan region, thus mentioned in the diaries of every trekker. The moderate to strenuous trip further fascinates the trekker with several monasteries tucked in the mountains. Steeped in history, these monasteries dilate a diorama of the footsteps of Buddhism in Sikkim and also exhibit the cultural essence of the Lepchas, Bhutias, and Nepalis.

The trek from Yuksom, which is at an elevation of 1,780 meters, follows a gradual climb to Tshoka at 2,743 meters through the dense tropical forest of pine, bamboo, fir, oaks and flowering trees like magnolias and rhododendrons, which is a home to several wildlife and bird species at a different altitude. After that, the trek turns to Dzongri via a steep ascend to the Alp of Padang at 3,650 meters. There is a day of acclimatization at Dzongri, and one can reach Dzongri Top and take in the panoramic view of Kabru at 7,353 meters, Ratong at 6,678 meters, Kanchenjunga at 8,586 meters, Koktang at 6,147 meters, Pandim at 6,691 meters and Narsing at 5,825 meters. Towards the west, the Singalila Ridge, which separates Sikkim from Nepal, can be seen. The trail continues to Goecha La en route to Thangsing at 3,800 meters and lake Samiti that encircles a beautiful alpine meadow. The trek to Goecha La continues with a gentle gradient till you hit the glaciated tracks. The vicinity is further embellished with several small glacial lakes. Now, trek downhill and follow the same route.

The trek to Dzongri - Goecha La requires an Inner Line Permit, an official travel document issued by the Government of India. The best time to go for the trek, which takes approximately 11-12 days, is during the months of March, April, May, June, September, and October. During the winters, the tracks are usually bedded with a thick layer of snow making the journey more difficult.

Yuksom :A tiny hamlet which was once the ancient capital of the Sikkim, Yuksom is the campground of trekking trails to Goecha La, Kanchenjunga, and several other mountains. Yuksom is home to many sacred monasteries and lakes like Tashiding monastery, Kartok monastery, and Khecheopalri Lake. Officially acknowledged as the "Gateway to Kangchendzongha," Yuksom is consecrated by the presence of majestic snow peaked mountains, monasteries, coronation sites, etc.

Tshoka : Tshoka is a small refugee settlement in the Kanchenjunga National Park in the west Sikkim. Located at a height of 3000m above the sea level, Tshoka offers a glimpse of towering snow capped Mt. Pandim and few others.

Laxmi Pokhari (Lake) : Endowed by the Mother Nature with the radiant beauty that simply mesmerizes the minds of the tourists, Lakshmi Pokhari Lake is one of the most sparkling gems on the topography of Sikkim. This incredibly spectacular lake is located in the West Sikkim district. In addition to this, the region on the fringes of this lake offers excellent vistas of mighty Kanchenjunga.

Thangsing : At an elevation of 3931.92 m, Thangsing is a valley layered with abundant pastures. In Thangsing, one can see many monasteries against the backdrop of snow-covered Pandim and Kanchenjunga Peaks.

Lamuney & Samiti Lake : Across mountains and ridges, alongside picturesque meadows and green grasslands, Lamuney is the campsite that offers the scenic view of Lake Samiti. This lake offers crystal clear blue-green water that is set up so perfectly with the backdrops of mountains that you will be mesmerized by its natural genesis. It is considered a holy lake by the Sikkimese and holds various rocky areas filled with boulders.

Goecha La Pass: Goecha La pass is a high mountain high pass in Sikkim in the Himalayan region. Standing tall at an elevation of 4876.8 m, Goecha La is the southeast face of Mt. Kanchenjunga, world's third largest mountain. With slopes of snow that resemble skiing fields, Goecha La is the eventual destination of this mystifying trekking expedition.